Have you started shopping yet?
There's nothing in your cart...
Product is not available in this quantity.
February 11, 2020

The winds of fashion have changed direction and there is no going back. Levi’s is making hemp jeans and Jane Fonda just announced that she has bought her last piece of clothing

The winds of fashion have changed direction and there is no going back. Levi’s is making hemp jeans and Jane Fonda just announced that she has bought her last piece of clothing.  The days of Fast Fashion are out, and a new era of conscious consumerism and a desire for clothing that lasts longer than a single season has replaced it.

For the past two decades, the clothing industry has been dominated by fast and cheap fashion enterprises like Forever 21, H&M, and Zara. Their business model is simple: pump out new clothes constantly and at the lowest possible cost. They’ve sent the message to their consumers that clothing is cheap and disposable, while dodging serious questions about the human and environmental costs of this type of production.

But consumers are changing, quickly. 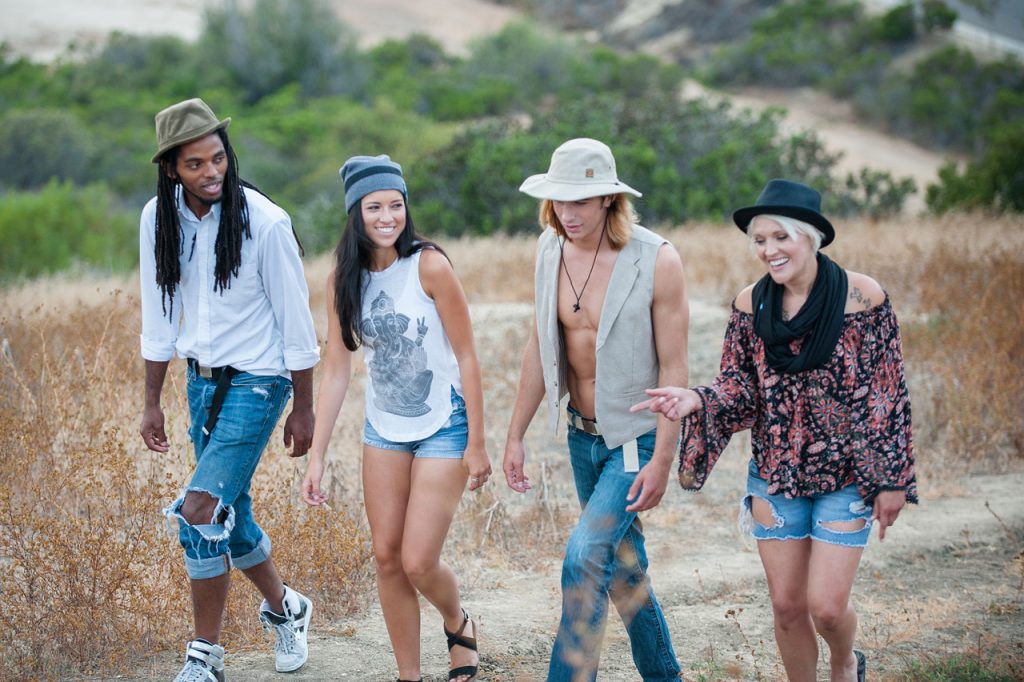 The rise of the conscious consumer.

This past year, we’ve seen the once multi-billion-dollar company, Forever 21, file for

bankruptcy. Malls are closing. People are buying fewer disposable clothing items. According to Forbes magazine, “Americans have steadily decreased their share of disposable income on clothing and footwear, sliding from 3.8% in 2007 to 3.0% in 2019.” Today’s consumer is no longer buying what the mass retailers are selling, and there is an opening in the retail market for companies that can appeal to conscious, planet-friendly shoppers.

Consumers have changed, but the fashion industry is still lagging behind.

The current fashion industry is bad for the planet .

In its current form, the fashion industry emits more carbon than all international flights and maritime shipping combined. A total of 10% of ALL of humanity’s carbon emissions are released in the production of clothes that will often just be thrown away. Whether it’s tossed from the hands of a consumer who has moved on to a new trend, or from the distributors who could not sell the thousands of garments made before the new line is brought in, it is estimated that up to 85% of all of these cheap clothing ends up in the landfill EVERY year!

The fast fashion industry is creating problems at every step in their production process, and it is rife with labor abuses, fraudulent labeling, and environmental destruction.

According to recent studies, up to 31% of the plastic pollution in the ocean are from microfibers. These microfibers are being consumed by plankton and fish, killing them, and disrupting natural ecosystems. There is also a threat to humans. It is estimated that, depending on our diets, we could have anywhere between 3 and 5 million microfibers in our bodies at any given moment.

The fashion industry is the second largest consumer of the world’s fresh water in the world.  It takes about 2,000 gallons of water to produce a pair of jeans. That’s enough water for one person to drink eight cups of fresh water per day for 10 years! This is because jeans are made from a very water hungry fiber, namely cotton.

The current fashion industry is bad for workers.

Socially conscious consumers are starting to ask questions like who made this shirt? How much was that person paid? And what were their working conditions like?

Many fast fashion brands assure their customers that they pay their factory workers the “minimum legal wage”. This is a clever way to word this assurance, considering that in the countries where most of these factories are located, the minimum legal wage is far below what economists deem a “livable wage”. Furthermore, factory workers often log more than twelve hours a day, seven days a week—a workload that is needed when companies are trying to produce hundreds of thousands of garments every new fashion season.

Hemp and other sustainable materials are the future of the fashion industry.

Besides the increase in online shopping, which cannot be ignored, we are also seeing a general shift, especially in millennial and gen-z consumer groups, towards a more sustainable consumer culture. Facts are pouring out, their sources ranging from award winning documentaries to celebrity twitter accounts, regarding the environmental impact of fast fashion and condemning the use of non-biodegradable materials.

None of these statistics are new. Many people have been reporting on the environmental effects of the fashion industry, and the human rights violations found in clothing factories, for years.

The difference now, however, is that consumers are starting to listen.

The younger generations are facing down an ominous future, where our oceans have more pieces of plastic than fish (estimated to happen by the year 2050), where we are still finding ever more damaging ways to pull fossil fuels out of the earth, and mother nature’s biodiversity has been cut in half.

This is our future, unless we start to make big changes, right now. Which is exactly what younger consumers are starting to do.

We have seen millennials flock to thrift stores— preferring to spend their money on used, often outdated clothing rather than being a part of the fashion industry’s assault on our planet. There is also a growing interest in products made from durable, yet biodegradable fabrics, and in companies that are devoted to doing their part to temper their environmental impact.

This is where Hemp, a nearly perfect solution to many of these problems, comes in. Many economists and environmentalists agree that hemp is the future of fashion. Hemp material is durable, it lasts a lot longer than cheap synthetic fabrics, and because it is natural, it is 100% biodegradable. Hemp, as opposed to cotton, is also a more eco-friendly crop to cultivate, seeing as it uses less water and is naturally resistant to insects, meaning farmers need not use as many toxic insecticides.

Hempy’s plays its own important part in shaping the future of fashion .

At the forefront of Hemp fashion revolution is Hempy’s, a company that has been around for 25 years, and since its origin, has been dedicated its consumers, to its employees, and most importantly, to the planet. Not only does Hempy’s use sustainable resources, e.g. hemp and sustainably sourced organic cotton, but all of their products are made by people who are paid a living wage (as opposed to legal wage). 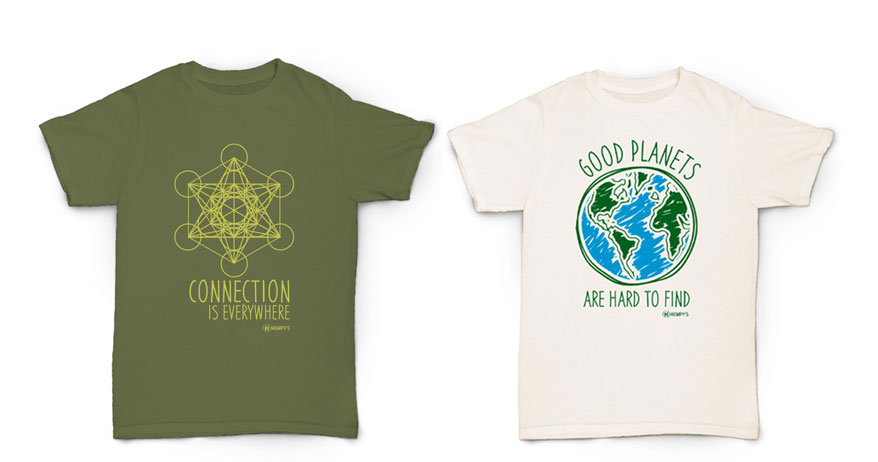 What is maybe the most progressive facet of Hempy’s business model, however, is our blatant refusal to be quiet on social and environmental issues. The company sells t-shirts which sport jokes about the pharmaceutical industry and about putting our planet first. On the our personal blog we have articles ranging in topics from the origins of hemp farming to “What We Can Learn from Water Protesters at Standing Rock”. Hempy’s is well positioned as a legacy hemp clothing firm with one of the best known and respected brands names in the industry to continue it’s a quarter-century old culture of speaking out and teaching the world what matters. 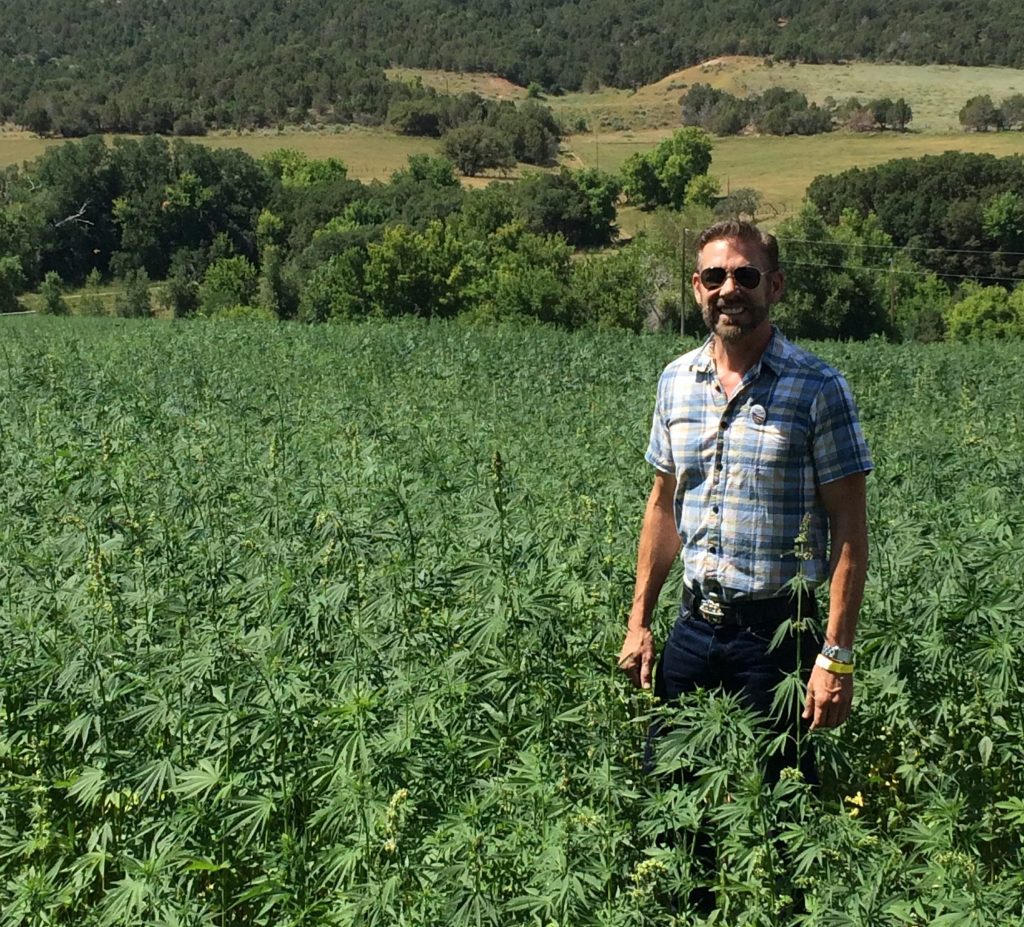